Today started with aches and pains. I fought off a slight hangover and headed out to Parkrun, down at Wanstead flats.

Normally I do parkrun with Milo. When we started this was a fairly leisurely activity – physically at least. But, as he’s slowly come down from 39 minutes towards 32, it’s got progressively more challenging – even if some of the early emotional trauma has gone for us both.

Today, however, I was on my own. I didn’t have an alibi. I had to run Like A Grownup Would. Liberating in some ways, but bloody horrible in others. Mainly all the ones after the first kilometre.

The last time I did this I slightly surprised myself and went quite quickly. There was someone I’d managed to follow quite closely back then, so I decided to latch onto them again. This proved to be a very very bad idea. They were younger, fitter, and had clearly been spending all the intervening time, well,  running Like A Grownup Would. (They eventually finished three minutes ahead of me).

But somehow, despite massively peaking way too soon and dealing with the aftermath of said hangover, I got round faster than before. Odd what bodies can do, isn’t it?

Musically, there’s been a few little bits today. I think I finally understand the Prophet VS synth in a way I hadn’t really before. Ooooh, it can sound proper nasty – but it’s very very different from a traditional wave table synth like the PPG Wave2.3 or Native Instruments’ Massive. And I’ve started to tackle my very rusty singing as well – ‘finding my voice’ in more ways than one. Bit of work to do tomorrow but I’m hoping for some proper practice at some point soon.

But the delight of the day has been some family time with the Playstation VR. Particularly the game “Keep Talking and Nobody Explodes”. It’s been around for over a year as a Steam game/PDF pair, but it turns out to be absolutely perfect for VR.

In my VR goggles, I get to see this: 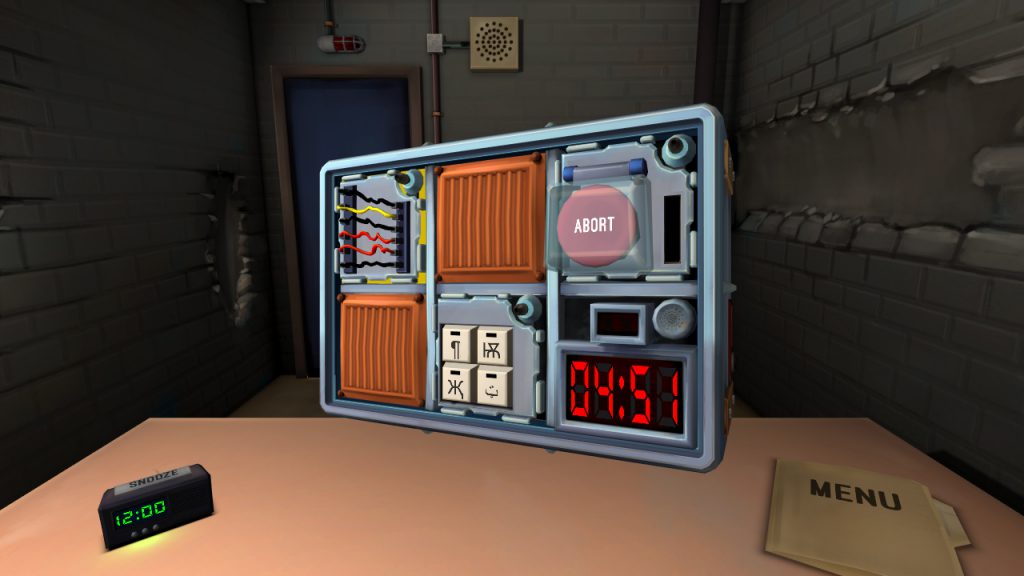 The rest of the family get to read manifold pages of this: 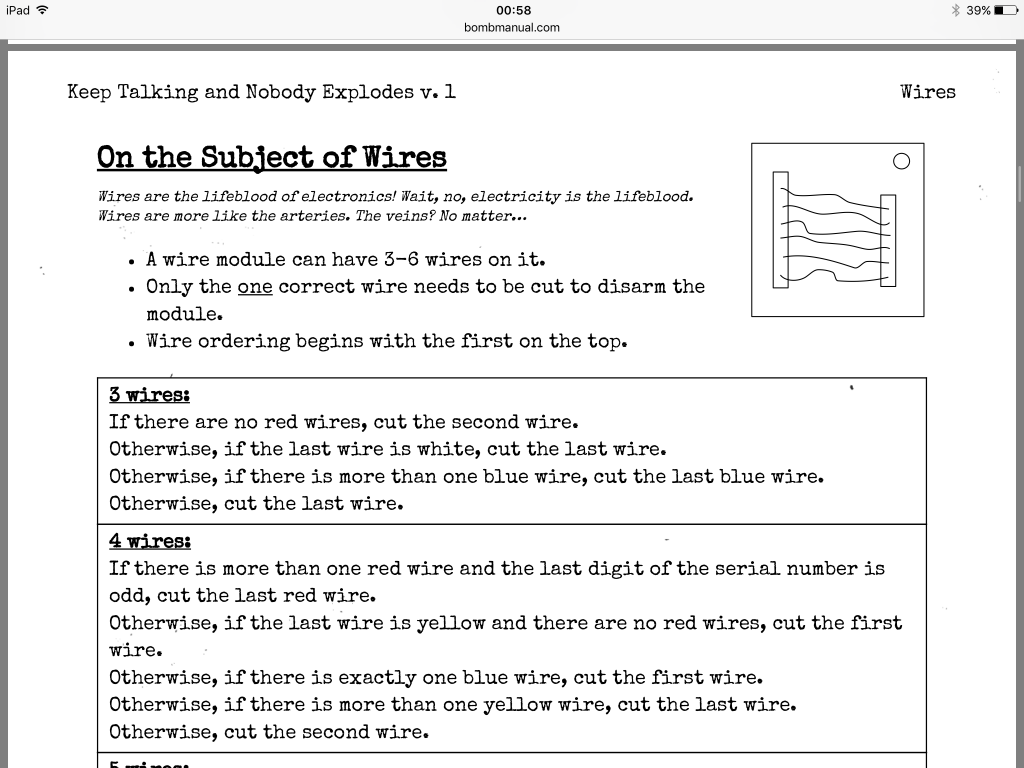 …and it’s only by talking to eachother like mad that we can stop the bomb going off before five minutes are up. I had a go, Daisy had a go, Vicky had a go. Milo was an expert manual-navigator throughout. Can’t recommend this highly enough.

In other PSVR news: Tumble VR remains good fun, if a bit heavy on the non-skippable tutorials. Bought it though – and it does get a lot harder quite quickly. And I tried Eve: Valkyrie but got really bad motion sickness from it. I think it’s the inverted controls for the spaceship that just push me over the edge.